The brewing bug bit deep for Peter Austin, the founder and creator of the first microbreweries. As a child, he grew up with the two most influential male figures in his life working within the brewing industry. His father worked for Pontifex, a major supplier of brewing equipment while his uncle ran a brewery in Christchurch, England. Judged unfit to fight in World War Two, he moved seamlessly into a career of crafting fine beers.

He did his pupillage at Friary, Holroyd & Healy in Guildford, worked briefly at Morrells in Oxford and then joined the Hull Brewery in 1945, where he became head brewer. He went on to become a consultant, adviser and builder to aspiring brewers in Britain, eventually his influence spread worldwide. His lasting impact on the beer making process is immeasurable. Today, a year after his death there are more than 2,000 craft breweries in the U.S., 1,200 in Britain, 150 in Australia, 70 in New Zealand and a growing number in Italy that all credit their success to Mr. Austin.

Just across the Milford/Upper Black Eddy Bridge from the Bridgeton House on the Delaware in Bucks County, Pennsylvania is the Ship Inn of Milford, a

microbrewery which employs the superiority of the Peter Austin brewing system. Following this steadfast tradition of brewing, they use handmade brick, copper and open fermenters. Notably the Ship Inn was the first brewpub in New Jersey to brew beer on the premises since prohibition. The ales offered are as British-inspired as the food. Each week seven barrel batches are brewed using freshly milled whole grains. The Ship inn uses locally sourced ingredients that add flavor that can not be found anywhere else on this side of the pond. 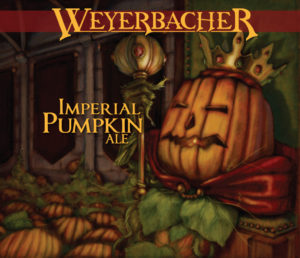 Just 20 minutes from the inn, Double IPAs, Belgians, hybrid styles, invented and barrel-aged styles and sour beers are just some of the fabulous flavors found at Weyerbacher Brewing Company of Easton, Pennsylvania. This microbrewery which first began in a livery stable has expanded to meet its demands. Since their beginning in 1995 their best seller, Raspberry Imperial Stout, has proved to be unparalleled. Focusing on Belgian beers, their unique path became clear – make full-flavored, high-quality brews for the most discerning customer. With this creed they have found a great following & a staff favorite!

Visitors to their tasting room will find a singular taste to all their beers, due to their uncompromising spirit of seeking out the most unique ingredients.

These are just a few of the fabulous finds of micro breweries in Bucks County and its surrounding areas. Others include but are not limited to Triumph Brewing, New Hope; Two Rivers Brewing, Easton; Free Will Brewing, Perkasie; Fegley’s Brew Works, Bethlehem and McCoole’s Red Lion Brewery, Quakertown.

Forego a trip to Europe and its traditional breweries, for some old world charm by visiting the enchanting Bridgeton House, a small boutique hotel perched on the banks of the Delaware River, which is surrounded by some of the finest microbreweries offering those visiting a macro taste.

We are excited to welcome guests to our beautiful riverside inn! The health and safety of our guests and staff are our top priority, and we have made some important changes to prepare for your visit. Find out how you can stay small and stay safe!